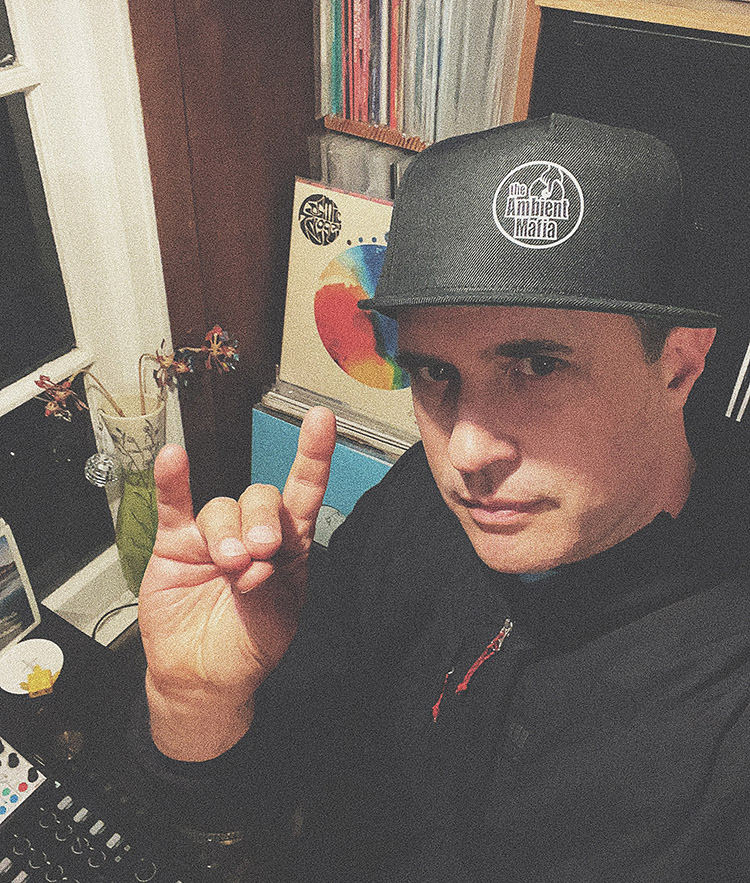 Ammon is the love child of the guitarist from psychedelic rock band, The Sons of Champlin and a singer from the hippie street band, The Fairfax Street Choir. He grew up in the Bay Area, unintentionally following in his parent’s footsteps—sharing music with the counterculture and creating community. During a stint as a full time raver/promoter/roadie in the SF rave heyday (90-92), Ammon began DJing in chill rooms and after-parties. Ammon was a co-founder and resident DJ of the SF weekly “Mushroom Jazz” (1992 - 1995), playing alongside Mark Farina, Thomas Bullock, Marques Wyatt, Julius Papp, DJ IZ, Felix da Dog, and many others. Ammon is a founding member of “The Rhythm Society” (1995 - present) — a San Francisco-based music community. Ammon's style can be generally classified as “chill” and eclectic, whether it be the chill room or the dance floor. African music sits at the heart of his love for music, and often weaves deep polyrhythms into his sets.

His music, stories and creative work can be found at https://qaswa.com
Mixes are stashed at https://mixcloud.com/ammonhaggerty